Klayman: The "Communist News Network" CNN Ratchets Up Its Propaganda to Cover for Its Failed Stooges Biden & Harris!
Order "It Takes a Revolution: Forget the Scandal Industry!" at Amazon.com
Donate and Support Freedom Watch at www.FreedomWatchUSA.org 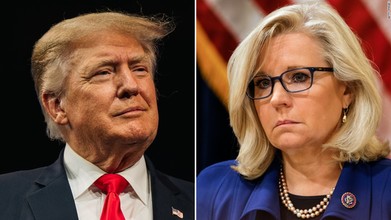 Analysis: How the January 6 committee finally exposed Trump's empire of lies
By Analysis by Stephen Collinson
CNN
December 16, 2021
(CNN)If politics still turned on truth and facts, this would be the week when the lie-filled foundations of Donald Trump's movement imploded, destroying his apparent dream of a return to power after the 2024 election.

But it is the ex-President's greatest, most subversive victory that his empire of falsehoods will surely survive new disclosures that lay bare his own abuses of power and the voter-mocking deceit of his political and media enablers.