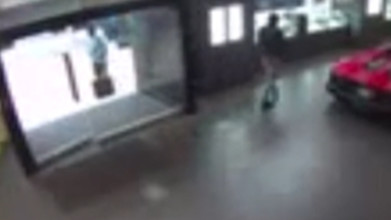 Two men reportedly entered the dealership, which boasts a showroom of Lamborghinis and Bentleys, around noon on Saturday. One man was armed with a gun and stood by the entrance of the dealership while the other man used a hammer to smash display cases and allegedly stole about eight luxury watches, Fox 32 reported.

Fight Crime With The 2nd Amendment - Order "It Takes A Revolution!" at FreedomWatchUSA.org! - YouTube

America's Sheriff Aims to Protect You & Your Family From Rising Crime! - YouTube