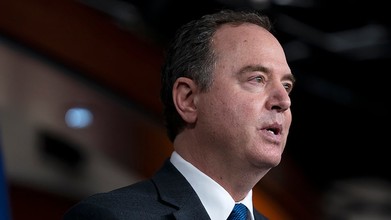 House goes after Trump with bill to curb presidential abuses of power
By Cristina Marcos
TheHill
December 11, 2021
The House passed a sweeping legislative package on Thursday designed to guard against abuses of presidential powers as part of a package of reforms put forth by Democrats in the wake of former President Trump's White House tenure.

The legislation, titled the Protecting our Democracy Act, passed almost entirely along party lines by a vote of 220-208. Rep. Adam Kinzinger (R-Ill.), who has been critical of his party's continued embrace of Trump, was the only Republican to vote to pass it, with all Democrats in support.

Passage of the bill came as President Biden convened global leaders on Thursday to pledge new commitments to democracy at a time when traditional democratic traditions in the U.S. have faced unprecedented threats in recent years.