Klayman: Part of Biden's and the Left's Master Plan to Destroy the Foundation of the Nation!
Order "It Takes a Revolution: Forget the Scandal Industry!" at Amazon.com 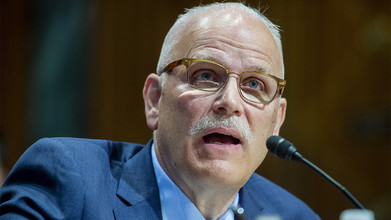 The Senate on Tuesday confirmed Chris Magnus, formerly the police chief in Tuscon, Arizona, despite numerous controversies surrounding Magnus' nomination, including his support for sanctuary cities. Maine Sen. Susan Collins was the lone Republican to vote for Magnus' confirmation.

Magnus "is pretty much hated, especially by those of us in the Tucson Sector since we know him," one border agent told Fox News. "Somehow he has made a career off of hating law enforcement. He destroyed TPD [Tucson Police Department] and will do the same to CBP as a whole."