Klayman: 84% of Dems Love Joe Biden Proving It's the Party of the Devil! Repubs Are Simply Corrupt!
Order "It Takes a Revolution: Forget the Scandal Industry!" at Amazon.com 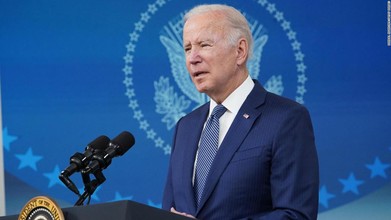 But nearly a year into his administration, Biden has been overwhelmed by the long-term trend of polarization. He sports the lowest approval rating among the opposition party at this point in a presidency in at least 68 years, while having one of the highest approval ratings among his own party.

Biden's approval rating with Republicans in the latest Gallup poll came in at just 6%. The poll is no outlier. Polls from Fox News, Marist College and Quinnipiac University put his approval at between 3% and 9% with members of the GOP.