Klayman: Another Meaningless Weak Act by Braindead Biden!
Order "It Takes a Revolution: Forget the Scandal Industry!" at Amazon.com 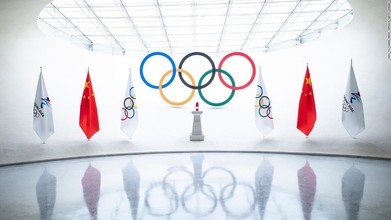 Biden administration expected to announce diplomatic boycott of Beijing Olympics this week
By Kaitlan Collins
CNN
December 6, 2021
(CNN)The Biden administration is expected to announce this week that no US government officials will attend the 2022 Beijing Olympics, implementing a diplomatic boycott of the games, according to several sources.

The move would allow the US to send a message on the world stage to China without preventing US athletes from competing. The National Security Council, which has been privately discussing the boycott, declined to comment.

President Joe Biden told reporters last month that he was weighing a diplomatic boycott as Democratic and Republican lawmakers, including House Speaker Nancy Pelosi, advocated for one in protest of China's human rights abuses.