Klayman: Baldwin Must Be Indicted for Negligent Homicide at a Minimum! Hollywood BS Means Nothing! He Killed a Woman! Period!
Order "It Takes a Revolution: Forget the Scandal Industry!" at Amazon.com 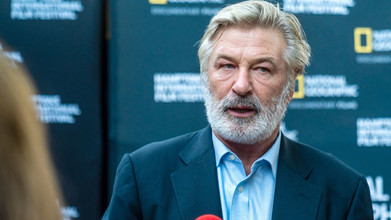 Celebrities rally around Alec Baldwin while the public criticizes him following tell-all 'Rust' interview
By Lauryn Overhultz
Fox News
December 4, 2021
Celebrities showed their support for actor Alec Baldwin after he did his first sit-down interview about what happened during the fatal shooting that left cinematographer Halyna Hutchins dead and director Joel Souza injured.

Baldwin described to viewers what happened the day he fatally shot Hutchins on the set of "Rust," from the moment he says he "let go of the hammer" and the gun went off to his interview with police at the station afterward.