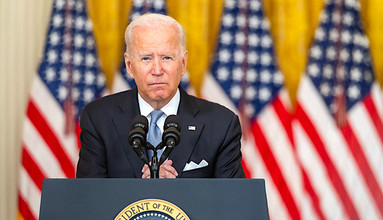 Just months ago, Biden ordered the abrupt pullout of Americans, triggering a terrorist attack that killed a number of Americans as well as many Afghans. He also, through his orders, left behind to be controlled by the terrorists in the Taliban hundreds of Americans and many more Afghan allies.

Also, billions of dollars worth of American war machinery including high-tech drones, helicopters and rocketry, that now is in the possession of the terror group.