Klayman: More "Gestapo" Tyranny by the Biden-Harris DOJ-FBI!
Order "It Takes a Revolution: Forget the Scandal Industry!" at Amazon.com 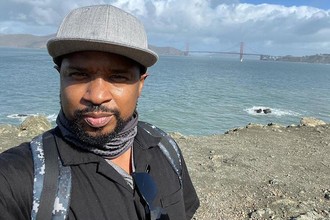 James Beeks, 49, is charged with obstruction of Congress, which is a felony, and a misdemeanor charge of unlawfully entering a restricted building or grounds, the U.S. Department of Justice announced Tuesday.

Beeks plays Judas in the musical Jesus Christ Superstar, which is on tour right now. Investigators "observed" him in early November at performances in Los Angeles and San Francisco, and the show performed in Milwaukee, Wisconsin, on Tuesday, next heading out of the U.S. to Toronto. They arrested Beeks in Milwaukee on Tuesday afternoon.