Klayman: Bret Baier One of the Worst Fox News Establishment RINOs!
Order "It Takes a Revolution: Forget the Scandal Industry!" at Amazon.com 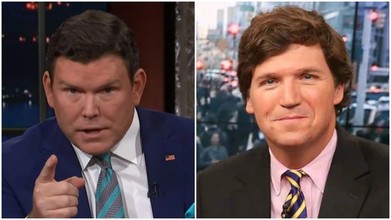 "I didn't get hurt by it. I didn't get damaged by it. Were you bothered by it? Because that's the reporting," Brian Kilmeade, who is a co-host of the "Fox & Friends" morning program, asked Baier on Monday afternoon during an appearance on Kilmeade's radio show.

"There's a ... Brian, I don't want to go down this road," Baier responded. "You know, I mean, there were concerns about it definitely ... I think that the news division did what we do, we do when we covered the story."