Klayman: Another Hack D.C. Trump Appointed Federal Judge Carl Nichols Bites The "Hand" That Regrettably Put Him on the Bench!
Order "It Takes a Revolution: Forget the Scandal Industry!" at Amazon.com 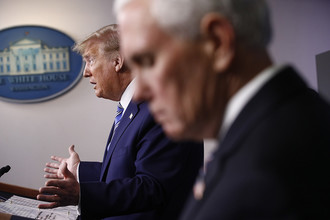 That appeared to be the thrust of a question U.S. District Court Judge Carl Nichols posed on Monday at a court hearing for one of the hundreds of Americans charged in the Capitol riot.

The judge and both sides in the case found themselves debating the scope of a law being wielded against many Jan. 6 defendants that makes it a felony to "corruptly" interfere with an official federal government proceeding and carries a penalty of up to 20 years in prison.