Klayman: Biden Gets a Colonoscopy but He & Harris Are Sticking It Up the Ass to All Americans!
Order "It Takes a Revolution: Forget the Scandal Industry!" at BarnesandNoble.com 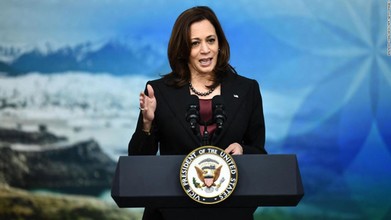 For 85 minutes, Kamala Harris became the first woman with presidential power
By Kate Sullivan
CNN
November 19, 2021
(CNN)President Joe Biden on Friday temporarily transferred power to Vice President Kamala Harris while he was under anesthesia for a routine colonoscopy for one hour and 25 minutes, according to the White House.

The nation's first female, first Black and first South Asian vice president broke yet another barrier when she temporarily stepped into the acting role. Harris worked from her office in the West Wing while Biden was under anesthesia, according to Psaki.

"@POTUS spoke with @VP and @WHCOS at approximately 11:35am this morning. @POTUS was in good spirits and at that time resumed his duties. He will remain at Walter Reed as he completes the rest of his routine physical," Psaki tweeted.