Alec Baldwin Accused of Playing 'Russian Roulette' on 'Rust' Set by Gloria Allred as She Announces New Lawsuit
Order "It Takes a Revolution: Forget the Scandal Industry!" at BarnesandNoble.com 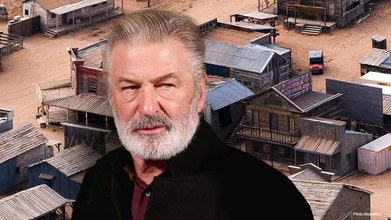 By Tyler McCarthy
Fox News
November 18, 2021
Attorney Gloria Allred held a press conference on Wednesday where she announced that the script supervisor on the Alec Baldwin movie "Rust," Mamie Mitchell, is the latest crew member to file a lawsuit against the actor and producers.

Baldwin was handed a Colt revolver by assistant director Dave Halls while rehearsing a scene for the indie-western. He fired the gun, which was somehow loaded with a live round that discharged, killing cinematographer Halyna Hutchins and wounding director Joel Souza.