Klayman: Kenosha Wisconsin Citizens Must After Rittenhouse Verdict Use Their Right to Citizens' Arrests and Self Defense If BLM and Left Resort Again to Theft, Destruction, Mayhem and Violence!
Order "It Takes a Revolution: Forget the Scandal Industry!" at BarnesandNoble.com 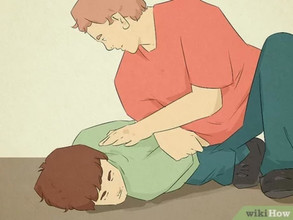 Can I make a "citizen's arrest"? - Bayside, WI
Bayside, WI
November 16, 2021
Wisconsin doesn't actually have a specific statute regarding citizen's arrests, but such arrests are covered by common law or judge-made law. Those laws allow citizens to make arrests under one of two conditions. The first is when a citizen has probable cause to believe that the person they are arresting has committed a felony. The second is when someone witnesses a misdemeanor and the misdemeanor is a breach of the peace. Generally, we don't advise making citizen's arrests. We do advise calling police and staying on the scene if it's safe, but safety is paramount. If someone is wielding a knife or attacking someone, he or she may just as easily attack you. Some exceptions apply, particularly when the perpetrator is going to flee. For example, if you see a child being kidnapped and can block the kidnapper's car from getting away with the child, it may be worth the risk. In addition to safety concerns, you also face legal risks when making a citizen's arrest. The Fourth Amendment restricts unreasonable searches and seizures, and you could be prosecuted for depriving someone of their constitutional rights. You could also face a civil lawsuit for false imprisonment, assault, or battery.