Navy Seals Running for Congress Lay Into Biden's Foreign Policy: 'Why Don't They Mandate We Rescue Our Citizens Over in Afghanistan?'
Order "It Takes a Revolution: Forget the Scandal Industry!" at BarnesandNoble.com 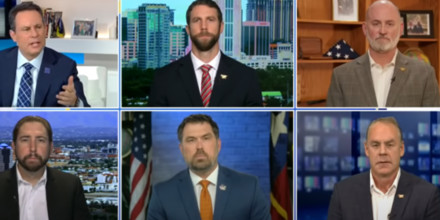 TheBlaze
November 14, 2021
A group of former U.S. Navy SEALs who are now running for Congress dressed down the Biden administration for foreign policy decisions, including the tumultuous Afghanistan withdrawal.

Ryan Zinke — former Secretary of Interior — called for congressional investigations to discover exactly how many people that Biden deserted in Afghanistan — which is estimated to be as many as 14,000 U.S. legal permanent residents.