Klayman: Let's Not Make It A "Game!" West Should but Won't Eliminate Islamic Iran!
Order "It Takes a Revolution: Forget the Scandal Industry!" at BarnesandNoble.com 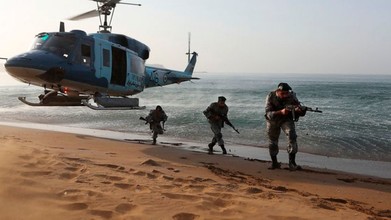 The report said navy and air force units as well as ground forces were participating in a more than 1 million square-kilometer (386,100 square-mile) area east of the strategic Strait of Hormuz.

Nearly 20% of all oil shipping passes through the strait to the Gulf of Oman and Indian Ocean.