Klayman: Federal Judges Howell and Chutkan Among the Worst and Most Lawless on the Bench!
Order "It Takes a Revolution: Forget the Scandal Industry!" at BarnesandNoble.com 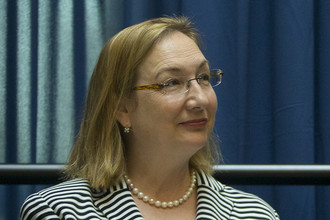 2 federal judges are poised to quietly begin unlocking reams of Jan. 6 secrets for Congress
By Kyle Cheney, Josh Gerstein
POLITICO
November 4, 2021
Most Americans haven't heard of Beryl Howell and Tanya Chutkan. Yet these two federal judges are poised to help deliver troves of hidden information to congressional investigators over the next few weeks that could dramatically reshape the public's understanding of the Jan. 6 insurrection.

In recent days, Howell, the chief of U.S. District Court in Washington, D.C., and a 2010 Obama appointee, has implicitly encouraged Jan. 6 defendants to cooperate with congressional investigators. Last week, she praised a convicted rioter, Leonard Gruppo, for his decision to be interviewed by the select committee last month.