Klayman: Lock This Leftist Scumbag Up!
Order "It Takes a Revolution: Forget the Scandal Industry!" at BarnesandNoble.com 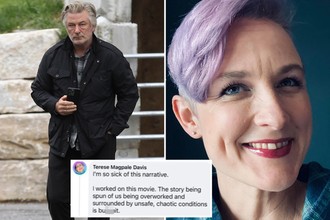 The actor and producer — who fatally shot cinematographer Halnya Hutchins and wounded director Joel Souza — shared several screenshots of remarks by Terese Magpale Davis, who worked in the wardrobe department for the movie.

"Read this," Baldwin, 63, wrote to introduce the multiple Instagram posts, all of which were screengrabs of Davis' own social media posts.