Klayman: U.S. Should Ask Israelis to Participate and Have Their Mossad "Steal" Chinese Tech: Our CIA Is Not Worth Shit!
Order "It Takes a Revolution: Forget the Scandal Industry!" at BarnesandNoble.com 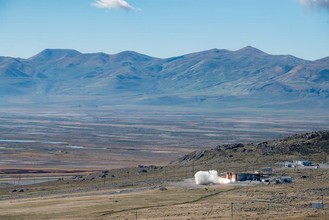 The United States and its global rivals have intensified their drive to build hypersonic weapons - the next generation of arms that rob adversaries of reaction time and traditional defeat mechanisms. Defense contractors hope to capitalize as they make the weapons and develop new detection and defeat mechanisms.