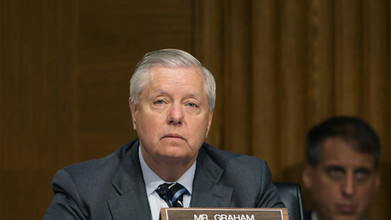 Lindsey Graham breaks with most Republican colleagues by supporting Biden judicial nominees
By Ronn Blitzer
Fox News
October 30, 2021
With Democrats controlling the Senate, it comes as no surprise that President Biden has successfully nominated dozens of federal judges, but nearly all of those picks enjoyed the support of a high-profile Republican: Sen. Lindsey Graham, R-S.C.

Graham, who until January was the chairman of the Senate Judiciary Committee, voted in favor of all but three of Biden's picks who have gone before the full Senate for votes. In two of those cases he did not vote at all, and he voted no in just one.

In a political environment that has become highly polarized — particularly when it comes to presidential nominations — Graham's approach to judicial nominations harkens back to earlier times when judges were approved based on qualifications instead of ideologies.