Klayman: Question to Anderson Cooper: Will You Teach Your Son to Be Gay?
Order "It Takes a Revolution: Forget the Scandal Industry!" at BarnesandNoble.com 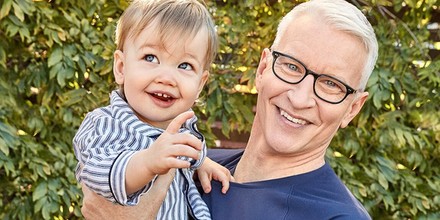 The journalist, 54, appeared on Monday night's episode of Late Night with Seth Meyers where he chatted about his 18-month-old son Wyatt Morgan and the adorable way he answers his dad's FaceTime calls.

Cooper, who shares his son with ex Benjamin Maisani, says he's "obsessed with limiting screen time" for his son, but it gets difficult as he likes to call him "between commercial breaks to check on how he's doing."