Klayman: Harris Is Now Auditioning for a Remake of "The Wizard of Oz!" - She's Perfect for the New Role of a Black Cackling Wicked Witch of the West!
Order "It Takes a Revolution: Forget the Scandal Industry!" at BarnesandNoble.com 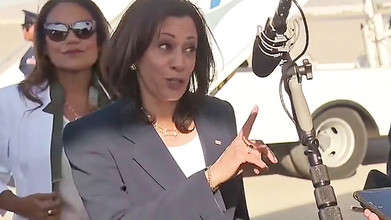 He posted a screengrab from an article from the Washington Examiner that identified the Toronto-based company as the producer of "Get Curious with Vice President Harris," a YouTube original series.