Klayman: Left's Use of Its Stooge Biden to Insert Communism Into Our Nation!
Order "It Takes a Revolution: Forget the Scandal Industry!" at BarnesandNoble.com 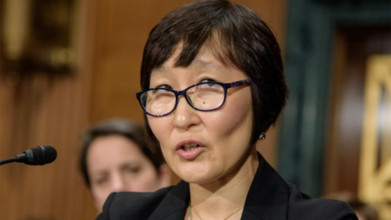 Biden on Sept. 23 nominated Saul Omarova, a law school professor at Cornell University, for the office responsible with the regulation and supervision of all national banks. Omarova's nomination drew immediate pushback from powerful voices who criticized her background and past comments that indicated a favor for the policies of the USSR.

Omarova was born in the Soviet Union in what is now called Kazakhstan and graduated from Moscow State University in 1989. She has pointed to the USSR's practices as recently as 2019, when she tweeted about the gender pay gap, citing the USSR as a better model.