Klayman: Pope Francis Asserts His Power To "Communize" Catholic Church! Sign of the Times!
Order "It Takes a Revolution: Forget the Scandal Industry!" at BarnesandNoble.com 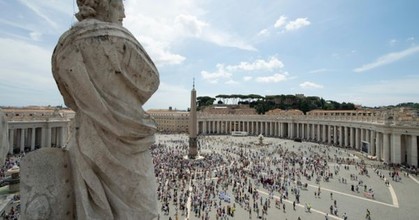 Pope Francis is preparing a radical reform of the church's power structures
National Catholic Reporter
September 7, 2021
In 2001, Cardinal Jorge Bergoglio was a rapporteur for the summit of bishops at the Vatican — and he did not like what he saw.

The Catholic Church had adopted a top-to-bottom approach that stripped local churches of any decision-making power, and the synod of bishops was reduced to nothing more than a stamp of approval for prepackaged conclusions made in Rome.

When Bergoglio emerged as Pope Francis in the 2013 conclave, the synodal process was high on his list for reform.