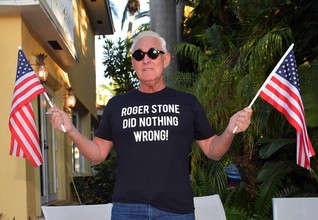 Trump National Doral To Host Conference Featuring Five Recipients Of Trump Pardons
By Zach Everson
Forbes
September 4, 2021
Roger Stone and George Papadopoulos have been added as special guests to AmpFest, an annual conference at Trump National Doral that already had announced that Michael Flynn and Dinesh D'Souza would be headlining.

All four men received pardons from former President Donald Trump and are now drawing customers to one of his businesses. Stone, Papadopoulous and D'Souza have all appeared at AmpFest in previous years.

Another beneficiary of a Trump pardon, Steve Bannon, will appear remotely.