TREASON!
Order "It Takes a Revolution: Forget the Scandal Industry!" at BarnesandNoble.com 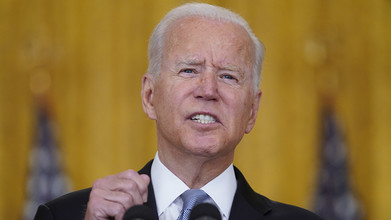 Marine Corps Gen. Kenneth F. McKenzie Jr. announced Monday evening that the last of the U.S. troops stationed at the Kabul airport had left, completing the military's drawdown in the country, even though hundreds of Americans likely remain.

McKenzie, commander of U.S. Central Command, said some American citizens who wanted to leave Afghanistan remained in the country.