Klayman: Dishonest Mitt Romney and Fellow Repubs. Also Responsible: Where Were They Given Prior Intelligence and Defense Briefings! Disgusting and Criminal!
Order "It Takes a Revolution: Forget the Scandal Industry!" at BarnesandNoble.com 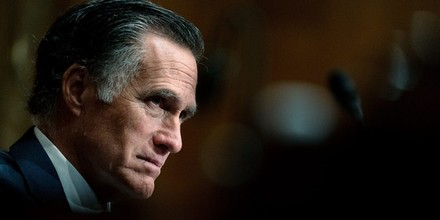 Romney, criticizing Trump and Biden, says the US is facing current situation in Afghanistan 'because of terrible decisions made by two administrations'
By John L. Dorman
Business Insider
August 29, 2021
"Leaving Americans behind and leaving our Afghan friends behind who've worked with us would put upon us and will put upon us a moral stain," the senator said. "This did not have to happen. It was preventable. We didn't have to be in this rush-rush circumstance with terrorists breathing down our neck."

He emphasized: "But it's really the responsibility of the prior administration and this administration that has caused this crisis to be upon us and has led to what without question a humanitarian and foreign policy tragedy."

Romney, a member of the Senate Foreign Relations committee, continued to focus on what he felt were serious missteps in the approaches taken by Biden and Trump, who both sought to wind down the war in Afghanistan.