Klayman: Biden and Harris Are "War Criminals" and Guilty of Negligent Homicide Like Derek Chauvin With George Floyd!
Order "It Takes a Revolution: Forget the Scandal Industry!" at BarnesandNoble.com 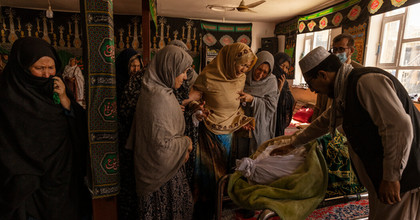 American Forces Destroy C.I.A. Base In Controlled Detonation
By Julian E. Barnes and Farnaz Fassihi
New York Times
August 28, 2021
A controlled detonation by American forces that was heard throughout Kabul has destroyed Eagle Base, the final C.I.A. outpost outside the Kabul airport, U.S. officials said on Friday.

Blowing up the base was intended to ensure that any equipment or information left behind would not fall into the hands of the Taliban.

Eagle Base, first started early in the war at a former brick factory, had been used throughout the conflict. It grew from a small outpost to a sprawling center that was used to train the counterterrorism forces of Afghanistan's intelligence agencies.