Klayman: The Biggest Problem With Pope Francis Is That He Is an Admitted Communist! Pope and Now Saint John Paul II Is Truly Needed in Today's World!
Order "It Takes a Revolution: Forget the Scandal Industry!" at BarnesandNoble.com 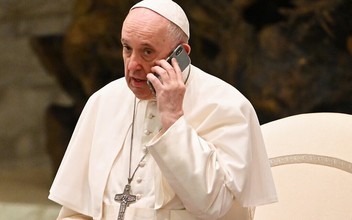 According to the report, Arusi sent a letter to the Vatican requesting clarification of comments the pope made to a general audience earlier this month.

On August 11, Francis spoke at the Vatican about the first five books of the Bible, known in Hebrew as the Torah. The pope referenced the biblical story of God giving the Torah to the Jewish people: "God offered them the Torah, the Law, so they could understand his will and live in justice. We have to think that at that time, a Law like this was necessary, it was a tremendous gift that God gave his people."