Klayman: Biden and Harris Are Committing Murder: They Will Be Held by Freedom Watch to Account Legally and Put Before a Citizens Grand Jury!
Order "It Takes a Revolution: Forget the Scandal Industry!" at BarnesandNoble.com 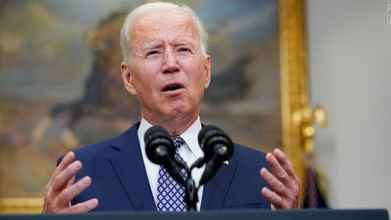 Analysis: Why Biden will end the final mission in Afghanistan in just 7 days
By Analysis by Stephen Collinson
CNN
August 25, 2021
(CNN)The instincts that drove President Joe Biden's decision to end the US presence in Afghanistan by August 31 were revealed by what he talked about before he announced it to the American people.

In a televised statement billed as an update on a remarkable airlift that has now saved more than 87,900 people, Biden celebrated the latest House votes on his $3.5 trillion jobs, social spending, family leave and health care blueprint.

"We are a step closer to truly investing in the American people, positioning our economy for long term growth and building an America that outcompetes the rest of the world," Biden said.