Klayman: The Ultimate Cut for This "Lying Witch!": Called Ugly by a Frog!
Order "It Takes a Revolution: Forget the Scandal Industry!" at BarnesandNoble.com 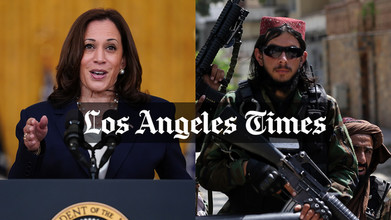 "The harrowing images of the United States' retreat from Kabul this week, with desperate Afghans futilely chasing a packed Air Force plane, is likely to be a defining moment in Biden's presidency," Times writer Noah Bierman added. "But the execution of the withdrawal will also be added to Harris' resume, underscoring the complex challenge she faces as Biden's understudy."