Klayman: Colbert Is a Total Whore: Before Trump He Leaned Conservative! He Now Caters to His Leftist Audience!
Order "It Takes a Revolution: Forget the Scandal Industry!" at BarnesandNoble.com 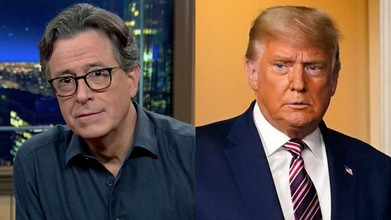 While some media outlets criticized Biden for the botched troopp withdrawal, many left-leaning comics, focused their ire on Republicans following Biden's address on Monday, where he said he stood "squarely behind" it despite the chaos that followed.