Klayman: Biden Is Not Just Braindead: He Is Stupid and Dangerous for America and the Western World!
Order "It Takes a Revolution: Forget the Scandal Industry!" at BarnesandNoble.com 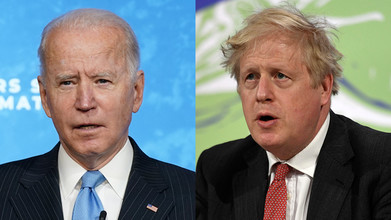 Johnson said it was "fair to say the US decision to pull out has accelerated things, but this has in many ways been a chronicle of an event foretold," but urged western leaders to work together to prevent Afghanistan from again becoming a "breeding ground for terrorism."

"I think it is very important that the West should work collectively to get over to that new government - be it by the Taliban or anybody else - that nobody wants Afghanistan once again to be a breeding ground for terror and we don't think it is in the interests of the people of Afghanistan that it should lapse back into that pre-2001 status," Johnson told Sky News.