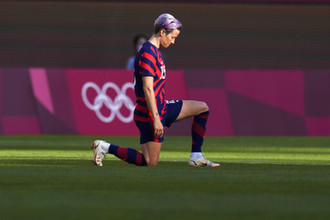 By Michael Ruiz
Fox News
August 8, 2021
NBC is giving advertisers who bought airtime during the Tokyo Olympics extra commercials due to underwhelming ratings for this year's 2020 Olympic Games, fueled by a pandemic-weary population and backlash against woke athletes protesting the U.S. flag and national anthem.

NBC Sports Chairman Pete Bevacqua insisted to the Associated Press that the network would still make money on the 2020 Olympics — but left out details about how much.

NBC's primetime coverage of the Tokyo Olympics on July 26 averaged 14.7 million viewers -- for a 49% drop compared to the equivalent night from the 2016 Rio de Janeiro Games and 53% less than the 2012 London Olympics. The opening ceremonies saw their lowest viewership since 1988.