Klayman: See Our Class Action Suit Over Jan. 6 2021 @ www.FreedomWatchUSA.org
Order "It Takes a Revolution: Forget the Scandal Industry!" at BarnesandNoble.com 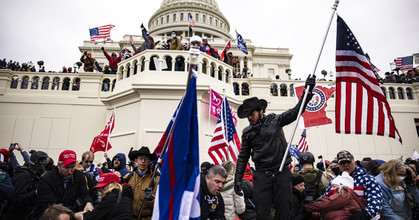 Two Seattle officers near Capitol during Jan. 6 riot have been fired
NBC News
August 7, 2021
Two Seattle police officers who were found to have crossed police barriers during the Jan. 6 attack on the Capitol have been fired, the police chief said Friday.

The officers were not accused of entering the building but were found to have crossed barriers and were directly next to it, Police Chief Adrian Diaz said in a statement.

"It is beyond absurd to suggest that they did not know they were in an area where they should not be, amidst what was already a violent, criminal riot," Diaz said.