NYC Butcher Fleisher's Closed After Staff Walks Out Over BLM Sign Removal
Order "It Takes a Revolution: Forget the Scandal Industry!" at BarnesandNoble.com 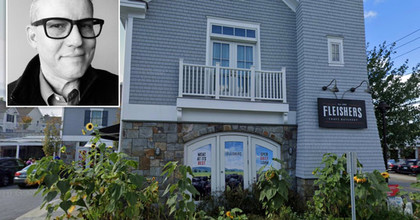 New York Post
August 6, 2021
The company's website says all of its locations, its two stores in New York City and two others in Connecticut, are "temporarily closed."

A notice at Fleisher's Upper East Side shop said the store won't reopen until at least the end of August.

The beef between workers and management began last month, when Rob Rosania, a leading investor in the butcher, received a text from a pal in Westport, Conn. who was offended by BLM signs in the company's local storefront, Forbes reported.