Klayman: If Only Federal Judges Like Amy Berman Jackson Would Adhere to the Constitution the Nation Would Not Be on the Brink of Violent Revolt as Thomas Jefferson Predicted Would Happen!
Order "It Takes a Revolution: Forget the Scandal Industry!" at BarnesandNoble.com 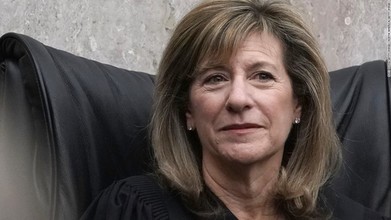 Judge to Capitol riot defendant: 'Patriotism is loyalty to country, loyalty to the Constitution' | CNN Politics
By Hannah Rabinowitz and Joe Beare
CNN
August 5, 2021
(CNN)A federal judge rejected the argument that US Capitol rioters held in jail are being prosecuted for their political views and disavowed attempts to downplay the magnitude of the deadly insurrection during a sentencing on Wednesday.

"You called yourself and everyone else patriots, but that's not patriotism," Judge Amy Berman Jackson said of defendant Karl Dresch. "Patriotism is loyalty to country, loyalty to the Constitution, not loyalty to a head of state. That is the tyranny we rejected on July 4."

Jackson, known for her sharp criticism of the Trump administration's moves, called Dresch an "enthusiastic participant" in the effort "to subvert democracy, to stop the will of the people and replace it with the will of the mob."