Klayman: The Republican Party Loses Again as It Sells Out! It's Corrupt, Dead and Buried!
Order "It Takes a Revolution: Forget the Scandal Industry!" at BarnesandNoble.com 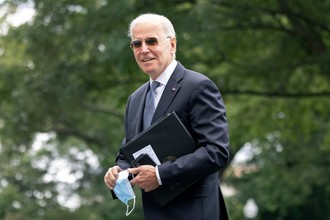 Yet many liberal activists found themselves caught between deflated and enraged.

No groups may feel more jilted than transit advocates, who argue that Senate Democrats and President Joe Biden are passing up a rare opportunity to wean the U.S. from its century-old addiction to road-building. Instead, the bipartisan deal (H.R. 3684 (117)) offers $39 billion in new money for transit — a sum large enough to pay for tangible improvements in the nation's chronically underfunded transit agencies, but one that's dwarfed by the bill's $110 billion for roads.