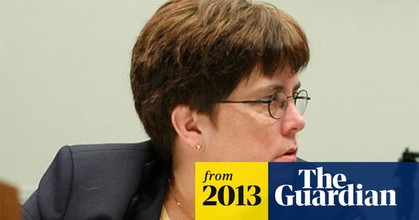 By Spencer Ackerman
the Guardian
August 1, 2021
A former senior FBI official implicated in surveillance abuses is poised to become a federal judge in one of the US's most important courts for terrorism cases.

Valerie Caproni, the FBI's top lawyer from 2003 to 2011, is scheduled to receive a vote on Monday in the Senate for a seat on the southern district court of New York.

Caproni has come under bipartisan criticism over the years for enabling widespread surveillance later found to be inappropriate or illegal. During her tenure as the FBI's general counsel, she clashed with Congress and even the Fisa surveillance court over the proper scope of the FBI's surveillance powers.