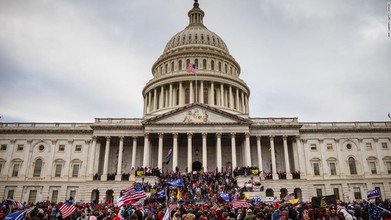 Chief DC federal judge questions misdemeanor deals for US Capitol rioters
By Hannah Rabinowitz
CNN
July 29, 2021
(CNN)The chief judge in DC's federal court questioned the Justice Department's decision to offer misdemeanor plea deals to nonviolent US Capitol rioters, saying at a hearing Thursday that the relatively light punishment might not be enough to deter similar attacks in the future.

"Does the government have any concern … of the defendant joining a mob, breaking into the Capitol building" in the future, and "terrorizing members of Congress, the vice president, who had to be evacuated," Chief Judge Beryl Howell asked prosecutors during the plea hearing.

"This could be a circumstance that arises every four years," Howell added.