Klayman: Good Decisions by PGA & European Tour: Those Pros Who Are Paid to Play in Saudi Arabia Are Acting Like Whores!
Order "It Takes a Revolution: Forget the Scandal Industry!" at BarnesandNoble.com 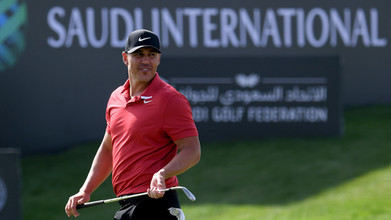 Exclusive: PGA Tour will deny stars permission to play controversial Saudi International
Golfweek
July 29, 2021
The move will be seen as an escalation in a battle for the future of professional golf that pits the PGA and European tours against the Saudi government, which has been pushing a Super Golf League concept that would lure elite players to a breakaway tour with guaranteed paydays of up to $30 million.

Asked to confirm that releases will not be given to players for the Saudi tournament, a PGA Tour spokesperson replied: "You are correct. This follows a PGA Tour longstanding policy of not granting releases to unsanctioned events."

Since its inception in 2019, the Saudi International has been widely criticized as an effort by the regime in Riyadh to 'sportswash' its human rights record by leveraging golf to improve its image. Despite the controversy, the event has attracted many star players thanks to lavish appearance fees — up to several million dollars in some cases — and chartered private aircraft to and from the Middle East. World No. 2 Dustin Johnson has won the tournament twice while Phil Mickelson, Bryson DeChambeau and Brooks Koepka are also among those who have been paid to play.