Klayman: For Obama It's Back to Africa: At Least There He Can't Ignite Another Race War Against Whites!
Order "It Takes a Revolution: Forget the Scandal Industry!" at BarnesandNoble.com 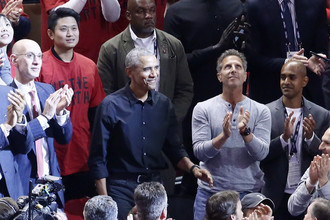 Per the league's official announcement, Obama's role will "help advance the league's social responsibility efforts across the continent, including programs and partnerships that support greater gender equality and economic inclusion."

Obama has also been given a minority ownership stake in the league that "over time he intends to use to fund Obama Foundation youth and leadership programs across Africa."