Klayman: I Thought Bribed "Braindead Joe" Was the Lead Guy in Communist China! See Indictment of the Bidens by Our Citizens Grand Jury! Next Stop Trial in Tombstone AZ 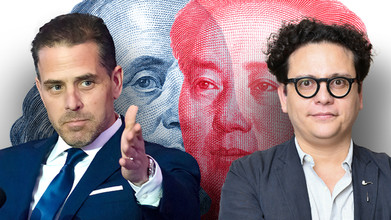 Georges Berges, who is representing Hunter Biden as he ventures into the art world, has talked about his business dealings in China in the past, but his reported ties could pose an ethics issue as he sells Biden's art to anonymous buyers.

A representative for Berges previously told Fox News that the sales of Biden's art will be kept "confidential." The White House has said they have an ethics plan in place to ensure the president's son doesn't know who buyers are, though Hunter has raised eyebrows with plans to attend art shows where potential buyers will be in attendance.