Klayman: Another Trump Federal Judge Dabney Friedrich Violates Constitutional Rights! Trump Did Not Pay Attention to Who He Was Appointing to the Bench and Instead Listened to Establishment Republican Lobbyists!
Order "It Takes a Revolution: Forget the Scandal Industry!" at BarnesandNoble.com 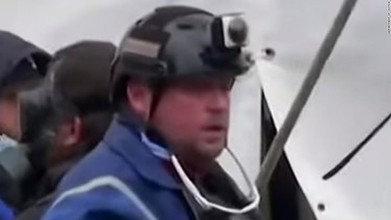 The judge granted the Justice Department's request to place Capitol riot defendant Guy Reffitt in front of his laptop so they could use facial recognition to unlock the device. The maneuver happened after the hearing ended and Reffitt's lawyer confirmed to CNN that the laptop was unlocked.

Investigators seized the laptop and other devices earlier this year pursuant to a search warrant.