Klayman: No Surprise: Van Jones Is an Avowed Communist and Works for CNN "The Communist News Network!"
Order "It Takes a Revolution: Forget the Scandal Industry!" at BarnesandNoble.com 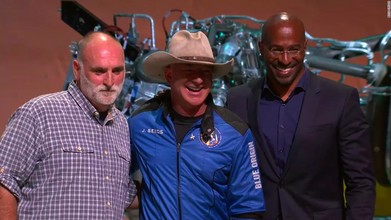 Bezos said that Jones and Andres were free to do "what they want" with the money.

"They can give it all to their own charity," Bezos said at a press conference after his trip to space. "Or they can share the wealth. It is up to them."