Klayman: Cohen and Zuckerberg, Card Carrying Members of the Jewish Left, Should Both Be Jailed!
Order "It Takes a Revolution: Forget the Scandal Industry!" at BarnesandNoble.com 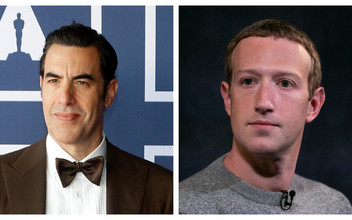 "CEOs have been jailed for less. But under US law, social media CEOs have near total immunity, which is insane," he added.

He called for the law to be changed to "hold Mark Zuckerberg and Facebook accountable for the death they cause."