Klayman: No Sane Person Doubts Hunter Will Be "Cleared" by the Corrupt Biden-Harris DOJ! But He Will Be Held Accountable by a Freedom Watch Citizens Grand Jury!
Order "It Takes a Revolution: Forget the Scandal Industry!" at BarnesandNoble.com 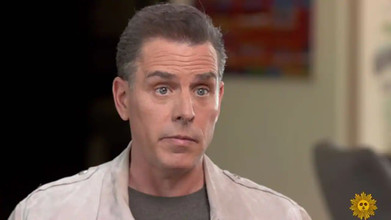 The president's son said he couldn't go into much detail regarding the investigation.

"But I can say this: I'm cooperating completely. And I'm absolutely certain -- I'm 100% certain -- that at the end of the investigation, I will be cleared of any wrongdoing," he said. "And all I can do is cooperate and trust in the process."