'Biden Effect' Emerges Through Massive Spending and Weaponizing Race at Every Turn
Order "It Takes a Revolution: Forget the Scandal Industry!" at Amazon.com 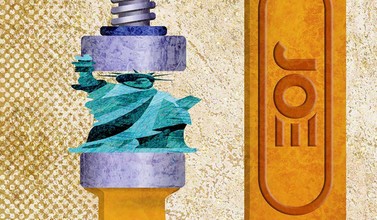 A scant couple of months into the Biden presidency and the governing philosophy of the nation's 46th president has become painfully clear. Increase federal power through massive spending and weaponize race at every turn. The result is the "Biden Effect."

The Biden Effect turns the American economic paradigm on its head by inserting significant government influence into virtually every aspect of the private sector. It undermines racial solidarity and recklessly promotes division that could tear the nation apart.