Klayman: Another Disgrace for My Alma Mater Duke: Fraudulent B-Ball "Scholarships" for Ringers Who Are Not Students!
Order "It Takes a Revolution: Forget the Scandal Industry!" at Amazon.com 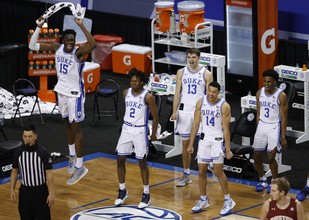 The Chicago, Illinois native released a prepared statement via Twitter on Thursday evening which stated that he would be hiring an agent, indicating that he will not be withdrawing his name from the process and returning to Durham for one more season.