On the Saying That "Extremism in Defense of Liberty Is No Vice" - Niskanen Center
Order "It Takes a Revolution: Forget the Scandal Industry!" at Amazon.com 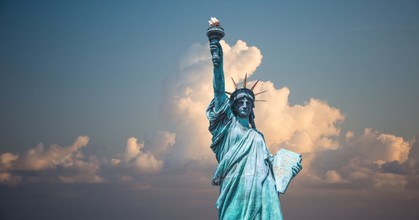 Niskanen Center
April 3, 2021
"Extremism in defense of liberty is no vice. Moderation in pursuit of justice is no virtue."

These deathless lines are generally credited to Barry Goldwater, but he didn't write them. Karl Hess, Goldwater's lovable anarchist speechwriter, put them in the Arizona senator's Republican convention acceptance speech. "I would remind you that extremism in the defense of liberty is no vice!" Goldwater actually said, in a slightly less pithy formulation. "And let me remind you also that moderation in the pursuit of justice is no virtue!" It's a rousing sentiment, however it's phrased.